We condensed our findings on SAPS brutality and non-accountability into a short animation. Come up to speed in around a minute flat.

The Independent Police Investigative Directorate (IPID) has investigated the killings and deaths in custody of dozens of children since 2012. Almost none of these cases have resulted in convictions. As the justice system moves swiftly on the Nathaniel Julies murder case in Eldorado Park, the police watchdog finds itself at a crossroads. This week IPID’s new head will visit some of the directorate’s provincial offices to give “strategic direction” to ensure that justice is served for police brutality victims and their families. But, can her leadership overcome years of cover-up and dysfunction?

Ten years on, the main factors that lead to Andries Tatane's death, and the acquittal of his accused killers, remain. A new data analysis by Viewfinder has shown that public order police officers are still unaccountable when they misuse rubber bullets.

It has been a month since the police watchdog told Parliament that it would properly investigate allegations that police assaulted Petrus Miggels moments before he died on the first day of lockdown. An investigator has still not returned to the scene of the assault or interviewed key witnesses, according to Miggels’ family.

The NPA and IPID have recommitted to their collaboration on high-level corruption cases, in response to a report from Viewfinder that the police watchdog had pulled investigators from a joint task team. But, details of the forward going partnership remain vague.

Former officials say that IPID’s recall of two investigators from a task team probing alleged corruption by senior police officers is a ploy to scupper the investigations and to protect former police commissioner Kgomotso Phahlane and others from prosecution. 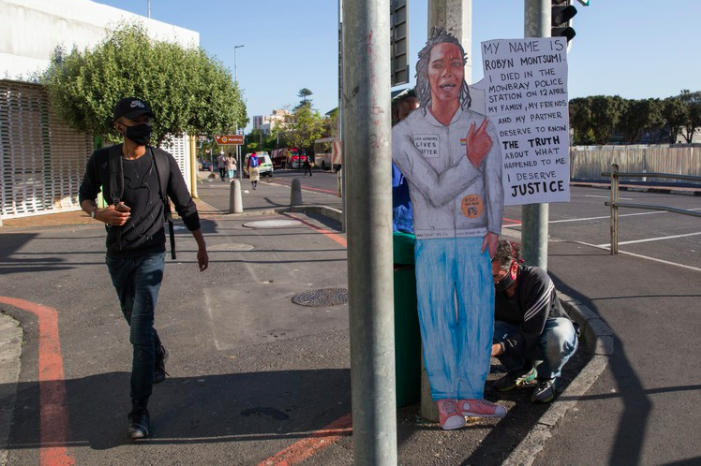 . @IPID_ZA Boithuso in Free State 06/2017: "Police were shooting with the rubber bullets and the victim who is seven years old got injured on the upper lip and taken to the hospital." there are no rules against indiscriminate rubber bullets use. Read: https://viewfinder.org.za/ten-years-after-andries-tatane-was-killed-police-misuse-of-rubber-bullets-is-still-unchecked/

Ten years on, the main factors that lead to Andries

The Independent Police Investigative Directorate (IPID) has investigated the killings

In 2016, the Constitutional Court found that the police minister’s